If you do any rural hiking around Florida you are sure to encounter some pretty impressive cattle out there in the wilds. Most of the time you do not actually see them, but rather the evidence they leave as their “pies” and the well-worn “trails” they use in their search for grass and water. Of course these beasts are not “wild”, merely left by the owners to forage for themselves. At one time Florida was the largest cattle state in the union, this is no longer true; but it is I’ve been told number ten. The cattle that wander around in the woods and grasslands are not raised for food, but for their offspring. The calves that are born in the wild are rounded up just after weaning and sold to ranches in cattle country to be raised for beef. Thus, the cows and bulls you encounter are seasoned veterans, most likely wandering the area you are in for years. During my exploring of different areas, I have encountered a variety of these beasts. Some were skittish and left the area as soon as they saw me. While others just stood there and tried to stare me down. I’ve had some actually give me the impression (false charges) that they were coming after me, but none of them actually did charge me. During a few encounters, I have used the procedure of taking my hat off and putting it on my hiking stick, waving it around above my head to make them think I am bigger than I actually am – works just sometimes. For those times it doesn’t work, it is usually a big steer that decides he is tougher than I am; I then have to find an alternate way around them to continue my hike. I have had a couple of confrontations where I had to walk within 10 feet of a big steer to get where I wanted to go, so far they have just glared at me, seemingly with hate in their eyes. I try never to get between a mother and her calf, but at times that has happened with no real problem. I have used many a cattle trail to save myself from bushwhacking and so far have never had to yield a trail to one of these beasts. I have to imagine they hear me coming and sneak off into the woods to avoid confrontation. All in all, I’m very happy they are there because the trails they make are very useful. I truly believe that they are more afraid of us than we need to be of them. In any encounter always border on the side of caution, but don’t let them upset a good hike. 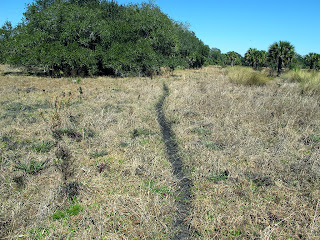 Mother and Calf I was Forced to Walk By 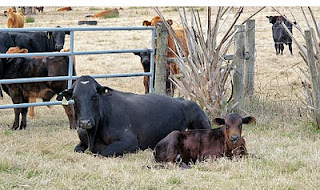 This Guy Popped Up As I walked By 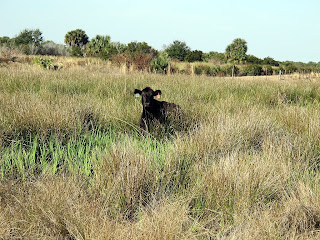 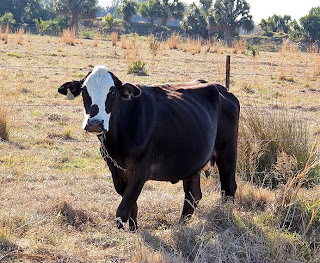 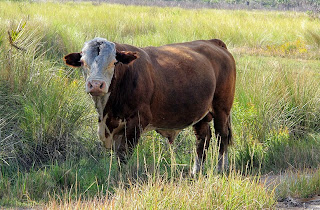 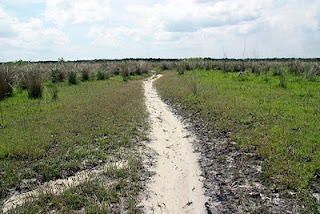 One of The Cows Which Died in The Woods 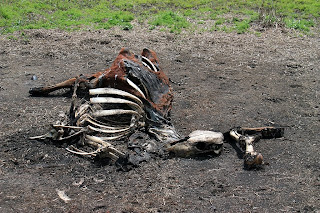 These Boys Really Gave Me Some Bad Looks 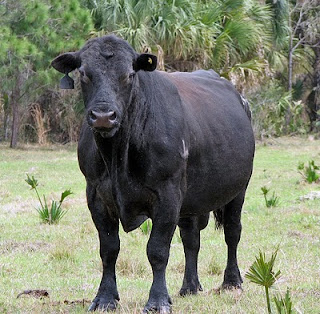 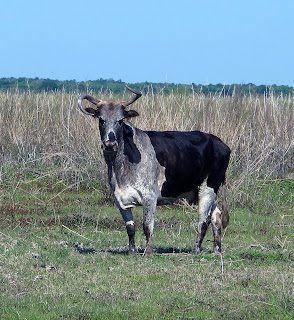 The cow in your last photo looks very much like a Cracker Cow.

What part of the state are you hiking? I read about wild florida cows in a book called "Land Remembered", a historical fiction novel, I didnt believe our state had wild cows. Apparently that was very true. Super interesting.

I have seen most of the cattle around the St Johns River and in some WMA in Orange county mainly. As I wrote above, there really aren't any "wild" cattle, just cattle allowed to run wild and forage for themselves. I have come across a lot of dead and dyeing cows, pretty sad! I have read a lot of history and have found remnants of what I believe to be old homesteads. Cattle always played an important part in the early Florida settlers lives. If you go back in the deep woods you will still find vats that cattle walked through to kill bugs they might have, the mixture they went through consisted of arsenic and liquids. The state mandated they did that so many times a year to each cow. The vats were suppose to be destroyed by the state because of the arsenic, but they missed some. If you are interested in Florida history, there just a few books that I know of about it, now that is a shame.